On 27 July 2019, Senator Ralph G. Recto filed a Resolution directing the Senate Committee on Local Government to conduct an inquiry, in aid of legislation, on the “update of the implementation of Republic Act Np. 11054 or the Bangsamoro Organic Law (BOL) with the end in view of ensuring that the provisions of the law are satisfied and implemented.”

Is it advisable for the Senate, at this time, conduct an inquiry on the implementation of the BOL and summon Interim Chief Minister Al Haj Murad Ebrahim (who is also Chairman of the Moro Islamic Liberation Front), the Speaker of the Parliament and other BTA officials to give a report?

“Sec. 21. The Senate or the House of Representatives or any of its respective committees may conduct inquiries in aid of legislation in accordance with its duly published rules of procedure. The rights of persons appearing in or affected by such inquiries shall be respected.

The US Constitution did not have an explicit provision on the power of inquiry and thus had to do a round-about way of discussing the scope of the inherent power of investigation:

“The power of the Congress to conduct investigations is inherent in the legislative process. That power is broad. It encompasses inquiries concerning the administration of existing laws as well as proposed or possibly needed statutes. It includes surveys of defects in our social, economic, or political system for the purpose of enabling the Congress to remedy them. It comprehends probes into departments of the Federal Government to expose corruption, inefficiency or waste.”

“The power of inquiry has been employed by Congress throughout our history, over the whole range of the national interests concerning which Congress might legislate or decide upon due investigation not to legislate; it has similarly been utilized in determining what to appropriate from the national purse, or whether to appropriate. The scope of the power of inquiry, in short, is as penetrating and far-reaching as the potential power to enact and appropriate under the Constitution.”

I have no debate with the the existence of Senate’s power of inquiry but I would call, however, for self-restraint on the part of the Senate in conducting a public hearing on the status of the implementation of the BOL, at this time, for the following reasons:

It is too early for this kind of public inquiry. To conduct such inquiry at this time will not build confidence and will imperil a peace process that is still on-going. I hope the Senate exercises self-restraint. It can always call for an executive session on the state of implementation if it needs to. But the Senate must always bear in mind that beyond the power of inquiry, it has the power of support and empowerment.


I am back to writing. It has been a long time. But the time is ripe.

Some words about this blog. Every perspective is always incomplete. It does not capture the whole reality. In fact, it is even doubtful whether a perspective corresponds to a reality. But what is reality? Is there such a thing as a common reality – a reality that cannot be disputed and accepted by all. I doubt it. No such thing. If there is no reality per se, what then do we have? Is it all now about a matter of individual perspective where one’s perspective is as valid as another’s? It could be. I don’t know. Perhaps this is the starting point: I don’t know. This is not a sense of frustration but an openness to new perspectives, to emergent realities. So this is what this blog is all about – basically notes and memos to myself as I articulate primarily for myself my fleeting ideas, emotions and perspectives. The goal is to write. I do not intend to persuade or lead or, God forbid, debate. This is merely AS I SEE IT. 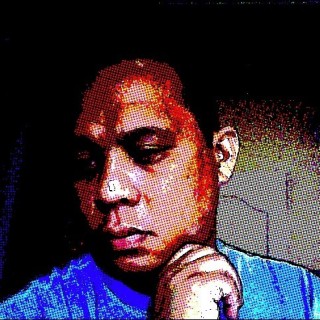 I love new ideas, new ways of doing things and bringing people to collaborate and work together for a good cause. My whole life work has been trying to build peace and transform conflicts in Southern Philippines.